It’s no secret that reels should be your new best friend on Instagram if you want to grow your following in a natural way.

After TikTok became so popular, Instagram rushed to catch up to the market’s new love of short-form video content around the middle of 2020. Instagram released the reels feature a few years ago to compete with TikTok. Many brands have jumped on the reels bandwagon, but others have been sitting on the sidelines, missing out on a lot of free exposure and opportunities.

But it might not be your fault. When you see other brands using reels in ways that don’t feel true to your brand or fit with it, it’s easy to just forget about the idea and go back to your old content strategies.

What’s wrong with this? You get lost in the algorithm at some point. You notice a dip in engagement. Your development slows. Even if you have the best content on the app, Instagram makes it a lot harder for you to grow if you don’t share it in the format of the preferred reels.

Read More: How to Be a Digital Coach on Social Media

Alas, my job is to help you never end up in that situation! After figuring out how to use reels and growing my own platforms as well as those of clients in different industries around the world, I’ve noticed that five big myths are a big reason why business owners don’t use reels as much as they could:

1. Your reels have to be high-production

You’ve seen them as you’ve scrolled through Instagram: the perfectly lit and edited videos that look like they were made on a Hollywood movie set. You’re probably thinking, “I couldn’t even do that once, let alone every day. I already have way too much on my plate.”

Good news! Even though good lighting is nice, the most important thing that people on the platform want to see in your content is that it is real.

If you want real people to follow you and your brand, you have to show them that you and your brand are real people. This means you should get your iPhone, hit the record button, add a caption, and post it. You can try post-production editing if you want to, but it’s not necessary to make reels that go viral. If you still don’t believe it, think about the last few reels a friend sent you or the reels you liked so much that you had to watch them again and again. There’s a good chance that one of them wasn’t taken in a studio, but rather on a plain old iPhone.

2. You have to dance

I laugh every time a client asks me this, but I can see why it’s a big problem for many entrepreneurs.

You don’t have to feel like a monkey dancing to get attention if you didn’t grow up on stages or if you just don’t want to. Some people and businesses do well with dancing because they ENJOY it. Choosing a format that feels right for you and your brand is the key to making reels work for you.

There are many things to do besides dance. You can sit down and talk to the camera like you’re in an interview, just use photos to tell a story, or talk over a video (otherwise known as a voiceover). You don’t need to dance on reels to get more people to watch you.

3. They have to be short

Nothing will kill your creativity (and your chance of going viral) more than being stuck on a certain length for your reels. When it comes to using reels to get more followers, you don’t have to put yourself in a box by making your reels as short as possible.

Even though people have shorter attention spans every year, the market will always buy a good piece of content, no matter how long it is. Make it good is the key. Don’t worry about how long it is; instead, think about what it says.

When you make your next reel, don’t worry about how long it is. Instead, focus on how well your message will connect with your ideal audience. This is a surefire way to get people’s attention and keep it, no matter how long your reel is. People don’t care how long a reel is as long as it keeps their attention the whole time.

4. If your reel doesn’t go viral overnight, it has no chance

Don’t call it a failure the next time you post a reel and it doesn’t get millions of views in the first 24 hours. Because of Instagram’s algorithm, reels can show up on the Explore page days, weeks, or even months after they were posted.

So, instead of worrying about going viral in the first 24 hours, focus on making your content as evergreen as possible, knowing that it could go viral days after it’s been posted.

Read More: 10 of the Best Platforms to Sell Ebooks Online

5. You have to post multiple times a day to get any traction

This is one of the things I like best about reels. Your first reel could go viral or at least get tens of thousands of views. I’ve seen it happen, and it doesn’t happen that rarely. You don’t have to post five reels every day for it to work, but you do have to do it regularly.

Everyone has a different idea of what it means to be consistent, so it’s up to you to choose a frequency that you can actually keep up with. For some people, that is once a day. Some people may do it three times a week. The key is to figure out what consistency means to you and stick to it, so that your audience can learn to trust you and expect to see you in their feed.

Posting reels, or any other kind of content, just to post it is a surefire way to have your content fail. Every time you show up online, you should have a plan and a goal in mind.

You need to run your business, and the time you spend on social media should make things easier for you, not harder. You can do this with the help of reels if you use a strategy that fits with YOUR brand. 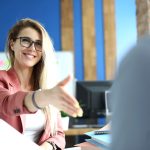